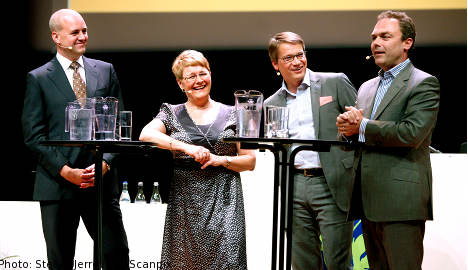 “Every government has a responsibility toward their citizens to prepare their country, not just to the challenges of the next few years but also for those that are waiting in the longer term,” the politicians wrote.

The commission will concentrate on areas like demography, equality, integration, environment, climate, social injustice and democracy and will be looking ahead as far as 2050.

The party leaders wrote in DN that Sweden today has a developed welfare system in place that already serves to even out the opportunities for its population and give people a chance to develop, as well as a societal climate that creates the space for growth and interaction.

At the same time, they wrote, the financial and political crises that have struck other countries, not in the least in Europe, should serve as a reminder that there will most certainly be challenges ahead and that Sweden would be wise to address these in advance.

“Our starting point is to make a great country even greater,” they wrote in DN.

The commission will be headed by prime minister Fredrik Reinfeldt and it is planned that it will present its results latest in March 2013.