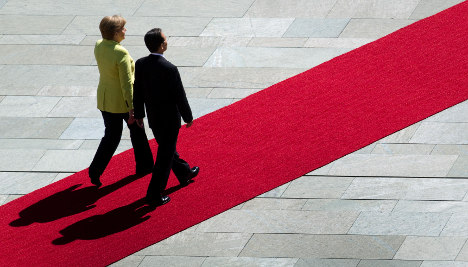 Newspapers, regardless of their political stripes, were all but unanimous in expressing concern about the danger of too-great China’s influence in Germany and Europe after Chinese premier Wen Jiabao travelled to the region this week.

Some bemoaned the lack of a united European policy on China, allowing the emerging Asian giant to use its considerable economic lure – and bulging wallet – to more easily influence each country individually.

Commentators generally agreed Germany has little choice but to engage with the country that will before too long be the world’s most economically powerful. China’s economy according to some estimates could overtake that of the United States in as few as five years.

But while Germany sees business and trade as purely economic issues, China sees them strategically, some commentators noted. China’s purchase of Greek bonds and those of other ailing European nations may be welcome to help avoid immediate catastrophe. But such dependence on China, along with growing direct investment by Chinese firms in Europe, come at a price, newspapers consistently stressed.

The centrist Berlin daily Der Tagesspiegel noted that China is now Germany’s third-largest trading partner and is largely responsible for its current economic boom. Yet China barely makes a move that doesn’t have its political interests in mind. Chinese companies take over European firms or enter into joint ventures to gain access to western technology. China gets involved in infrastructure projects and supports ailing states like Greece to raise its political influence in Europe.

“Europe can protect itself by confronting China at eye-level and making it clear that the globalised world does not tolerate selfish policies. Trade first and foremost must serve the benefits of both sides and must not be used for strategic goals. If they can be made to understand this, no one needs to worry about lopsided dependence.”

“Should Germany get involved?” it asked rhetorically. “The honest answer is: there is no choice left at all. The soon-to-be world’s greatest economic power cannot be ignored and certainly can’t be boycotted. Those we cannot triumph over must be embraced.

“But because China is not a democracy, nor a country with the rule of law, nor a free market economy, distance and mistrust remain essential. In practice, that means Germany must not offer everything. If China has an economically free road into Germany, the exact reverse must apply.

“China will not become like Germany – we should not fool ourselves. Therefore Germany and Europe must remain true to themselves and represent their way of life and work with pride. Only this way will China maintain the not-inconsiderable respect it has for Germany and Europe.”

The centre-left Süddeutsche Zeitung lamented the fact that there was no common European policy on China, partly because each country was scrambling to build business ties and boost their sales to the emerging giant market. As long as this continued, Germany had little realistic leverage to push for political reform in China.

“Change through trade? Trade with China blossoms, yet change in the country is persecuted and locked up by the Communist Party,” the paper wrote. “The (Chinese) government sees no reason to change that at all. In Berlin, premier Wen Jiabao was courted like the representative of a donor country. Everyone wants to sell as many planes, cars and power stations as possible.”

The conservative Frankfurter Allgemeine Zeitung criticized the fact that Europe sees China only through the lenses of business and human rights, while leaving the grand strategy of geopolitics to the United States.

“This is short-sighted and naïve at the same time. For while we see free trade as an economic achievement, Beijing sees economic matters as strategic levers for its global political positioning.”

China’s purchase of the stricken bonds of debt-ridden European nations was not done from the goodness of its heart, the paper wrote. Europe’s increasing dependence on China would make criticism of its human rights record harder.

“Wen Jiabao travelled with a chequebook through debt-plagued Europe. The stronger the dependence becomes, the more certain Beijing can be about its affairs and the more muted the criticism will become.”

The left-wing Tageszeitung wrote that the great love-in between the German cabinet and Wen’s entourage of ministers masked the realities of China: a paranoid communist party that is cracking down on media and strengthening its network of spies while using business to further its political aims.

The paper noted that an advisor to the Chinese Foreign Ministry had recently put it this way: The Chinese were “interested in a strategic vision and a global perspective. Europe by contrast seems to believe that it is more important how many planes are sold and how many contracts are signed.”