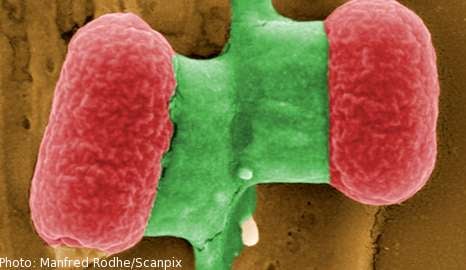 “This means that the source of the infection is in Sweden, which is a lot worse, because it might mean that there is some form of infected food product in circulation that we haven’t yet identified, “ said Sofie Ivarsson, epidemiologist at the institute to news agency TT.

The infected Swede comes from Skåne, in southern Sweden, and has not been traveling in Germany. Neither does he have any other known connections to anyone else who have been taken ill after visiting Germany.

“All previous Swedish cases had a connection to Germany, but not this. This is a completely new case, which we identified this morning. We have not left any stones unturned and yet we have not been able to find any connection,” Ivarsson told TT.

The patient fell ill in the middle of June but is now reported to be feeling better, according to the institute.

There is an ongoing investigation to find the source of the infection, but it is not yet known if it originated in Sweden or if a connection to the German outbreak will be revealed.

According to the head of the institute, Johan Carlson, there are now only two alternatives. Either the Swedish man has been infected indirectly, or the source of the infection is in Sweden.

“And then we have more of a problem,” he told TT.

The first alternative, that the man from Skåne has been infected indirectly, Carlson finds hard to believe.

“Of course that could be the explanation, but it is fairly unlikely as it would mean that the infection would have travelled. No one from his family has been to Germany,” he said.

Which leaves alternative two – that there is an infected food product within Sweden.

“And that puts us in a more serious situation than before, because more people are then likely to be infected by this aggressive version,” he said.

The institute is advising the public not to eat raw sprouts, in accordance with the recommendations issued earlier by the National Food Administration (Livsmedelsverket).

This goes both for the store-bought and the home-grown sprouts as it is believed that it is the seeds that are the source of the disease.

In Sweden there have been 53 cases of EHEC directly connected to the German outbreak, of which 18 have developed into the complication HUS, which primarily causes renal failure.

So far, 47 people have died from the disease in Europe, of which one was a Swedish woman who had been traveling in Germany.