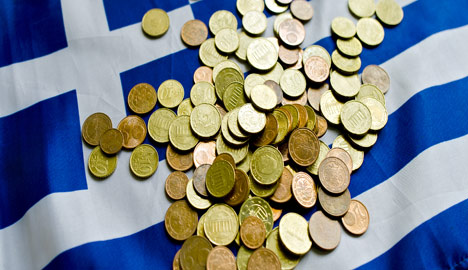 Schäuble said he and his European counterparts fully expected the Greek parliament to pass a crucial austerity package this week despite massive street protests and resistance from the opposition, but would manage if it did not.

“We are doing everything we can to prevent a perilous escalation for Europe but must at the same time be prepared for the worst,” he told the Bild am Sonntag newspaper.

Schäuble said the experience from the 2007-2008 global financial crisis, triggered by the bankruptcy of the US investment bank Lehman Brothers, showed that the world economy could bounce back from a disaster.

“If things turn out differently than everyone expects, that would of course be a major breakdown. But even in 2008, the world was able to take coordinated action against a global and unpredictable financial market crisis,” he said.

He acknowledged that gross national product in Germany, the eurozone’s biggest economy, had fallen by 4.7 percent as a result – the worst performance in the postwar period. But he noted that the country had since returned to growth.

Schäuble nonetheless warned the Greek parliament against failing to pass the austerity package, underlining that it would have a major impact on the stability of the eurozone.

“We would have to quickly ensure that the danger of contagion for the financial system and other euro states is kept in check,” he said.

Debt-wracked Greece has been told by its European peers that it cannot hope to continue receiving aid from a €110 billion rescue package agreed with the EU and the International Monetary Fund last year without biting budget reforms and privatisations.

The EU wants private creditors – banks, pension funds and insurers – to contribute to a rescue in an “informal and voluntary” rollover of Greek government bonds whereby investors buy new bonds to replace ones that mature.

It fears that if the participation is not seen as voluntary, rating agencies could declare Athens to be in default.

Schäuble insisted it was in private creditors’ “most basic interest” to pitch in to help Greece for the sake of market stability.

“I expect precise figures as to how much the private sector in Europe will voluntarily contribute at the special meeting of the Eurogroup [finance ministers from the 17-nation eurozone] on July 3,” he said.

The head of the German federation of private banks, Michael Kemmer, pledged that its members would participate in the aid package but offered no details in an interview with the daily Neue Osnabrücker Zeitung published on Saturday.