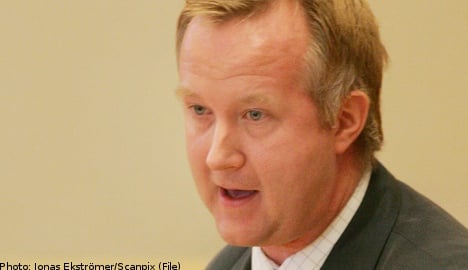 Those who are able to work should be referred to the Swedish Public Employment Service (Arbetsförmedlingen) instead.

The Liberal Party want stricter rules for activity compensation, stating that it ought to be difficult to be granted this.

Johan Pehrson of the Liberal Party thinks that 90 percent of those currently receiving these payments could probably manage some form of activity, reports daily newspaper Svenska Dagbladet.

Less than half of those who currently have activity compensation participate in an activity, he stated, calling this “unacceptable”.

The Liberal Party want those who are unable to work in the foreseeable future to be transferred to the general disability pension payment instead.

Individuals with reduced work ability over a shorter period of time should instead receive basic support, which could then be retried at least twice a year.

Pehrson hopes that these suggestions will pass the budget negotiations for 2012.

The number of young Swedes receiving activity compensation has sky-rocketed to 26,500 since the current system was introduced, in 2003.

Sweden’s main association for the disabled, Handikappsförbunden, is concerned that the Liberal Party’s suggestions may lead to some young Swedes losing their income altogether.

Mikael Klein, the association’s political director, welcomes an investigation of the activity compensation, but is worried that it will be “shut off in the same way as the time-limited sickness compensation, where many fall between the cracks and are left without any income”.