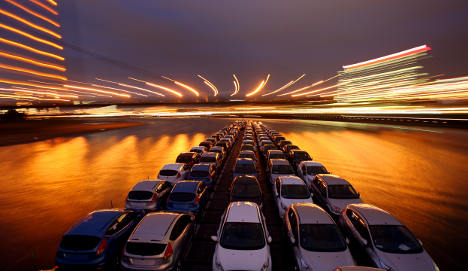 The monthly Ifo business climate rose in June, its first increase since February, to 114.5 points from 114.2 points in May, beating expectations of 113.5 points, according to a poll of economists by Dow Jones Newswires.

“The German economy is experiencing a robust upswing. The business climate in manufacturing continues to be good,” Ifo President Hans-Werner Sinn said.

The closely-watched index is based on a survey of around 7,000 firms in manufacturing, construction, wholesaling and retail.

The Financial Times Deutschland suggested that the German economy might be immune to the risks of the debt crisis, with the Ifo index this month reaching the highest level since reunification back in 1990.

Yet managers may not be as optimistic as it seems, the FTD said. The mood among industrial and wholesale sectors is high, but values for retail are less rosy, with traders sceptical about the immediate future.

Earlier this week, the Centre for European Economic Research (ZEW) survey of economic sentiment fell sharply on worries about the eurozone debt crisis and growth prospects for the US.

Ben May, economist at Capital Economics, said the Ifo “defies” other evidence that the German economy’s impressive recent expansion is slowing.

“Nonetheless, we still think that (gross domestic product) growth will weaken over the remainder of the year,” May said in a research note.

“All in all this is a positive surprise. We had expected a downturn of the index,” said Marco Bagel from the Postbank told the FTD. “One can assume then that the second quarter will turn out to have been better than one had expected.”

“We will get a normalisation. We are well away from stagnation,” said Dirk Schumacher, economist at Goldman Sachs.

But most prognoses suggest a weakening of growth in the second half of the year.