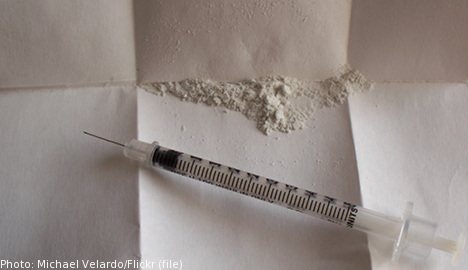 While Malmö police claim the investigation is a pure formality, her senior citizen status adds an unusual twist to crimes typically handled by the narcotics division.

“It is not very common for people to engage in drug sales at that age,” Officer Lars Jernberg from the Malmö Police told the region’s daily newspaper Sydsvenskan.

Jernberg was not surprised by the elderly woman’s arrest, saying that she has been the subject of police interest for years.

Officials claim that the drug dealing, most notably heroin, has been in the family for a long time and they speculate that’s why she continues her ‘work’ despite her advanced age.

A search of her apartment produced five additional doses of heroin.

The woman and her son, who is also a suspect and was found at her apartment during the search, were arrested and detained by prosecutors, according to Sydsvenskan.

After questioning, both were released. However, the 77-year-old woman was held and questioned longer than her son.

Authorities claim her interrogation was longer due to technical reasons and data gathering.