The attack took place in front of the Collège Voltaire as a number of the school’s 350 students watched. She was punched and kicked repeatedly by a 15-year old boy, the brother of a fellow pupil. The girl fell and hit her head during the attack and was taken to a Montpellier hospital by helicopter. She died from her injuries later in the afternoon.

The attacker, who turned himself into police yesterday afternoon, is the older brother of another girl at the school. According to Midi-Libre, the two girls had been involved in a long-running dispute over a boy.

The sister of the attacker had not been to school for a month as she was frightened of the other girl, according to the newspaper. After finally telling her mother the full story, she went to the police on Monday morning to make a complaint. Her brother seemingly decided to take matters into his own hands by going to the school yesterday lunchtime to confront the girl.

The education minister, Luc Chatel, told BFM-TV on Monday that “this was a terrible event” and that “the education community is in mourning this evening. This is a school that does not have any particular problems.” The minister will visit the town today. 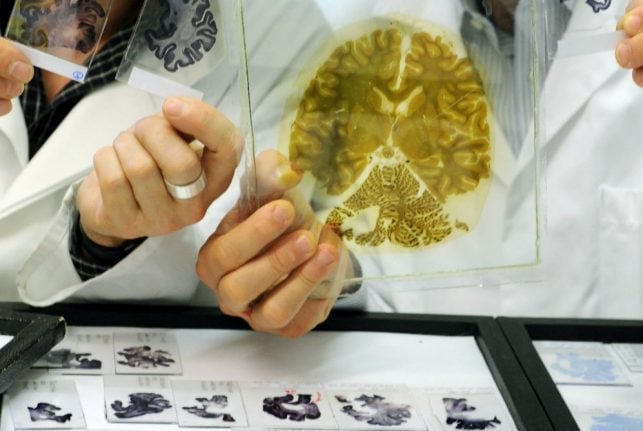 In the fourth annual edition of the 2018 U.S. News Best Global Universities ranking, Germany came in fifth place overall; 58 German universities made the list of a total of 1,250 institutions across 74 countries worldwide.

The U.S. placed first with 221 institutions on the list, followed by China, Japan and the UK, respectively.

But another indicator of country performance is how well it did in terms of subject rankings.

Germany did well in this area too, coming out in fourth place overall with the highest number of ranked universities in the subject specific category – 6.8 percent of the total number of ranked schools of 22 determined subjects.

In the ranking’s subject specific category, which include 6,800 institutions worldwide, the U.S. was the top-performing country (25.3 percent), followed by the UK (7.8 percent) in second place and China (7.4 percent) in third.

German universities moreover managed to get into the top five in almost all of the subjects included – 18 subjects of the 22 subjects in total.

But what is especially noteworthy is how well Germany fared in terms of its institutions’ science subjects.

For the neuroscience and behaviour subject ranking, for instance, Germany had the second-highest number of ranked universities with 25 institutions on the list. Only the US fared better in this subject, with 70 institutions.

The country furthermore had the third-highest number of ranked universities in several other subjects: chemistry, geosciences, pharmacology and toxicology, plant and animal science, psychiatry and psychology, social science and public health, space science and the arts and humanities.

Other subjects which Germany fared well in include clinical medicine, environment and ecology, materials science and mathematics.

“The schools that rank the highest in the Best Global Universities rankings are those that emphasize academic research, including by partnering with international scholars to produce highly cited articles,” said Robert Morse, chief data strategist at U.S. News.

The annual ranking aims to provide insight into how universities compare globally since an increasing number of students are enrolling in universities abroad, U.S. News said.

READ ALSO: Tenth of world's most reputable universities are in Germany