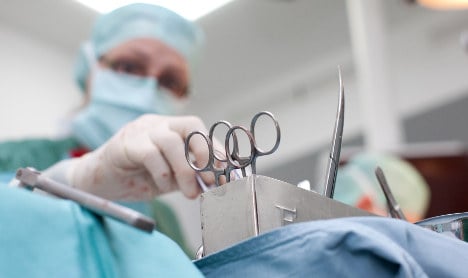 Schavan told the daily Passauer Neue Presse that the centre-right coalition would this week approve a draft law aimed at attracting thousands of professionals from abroad.

“We agree that the complicated rules of preference (stipulating that jobs must go to Germans first) for engineers as well as doctors must be eliminated,” said Schavan, from Chancellor Angela Merkel’s conservative Christian Democrats.

“In future, it will no longer have to be proved that no applicant from Germany or the European Union could be found.”

Currently employers seeking to hire foreign professionals must undergo a review by the local labour office to determine whether a German was available to fill the job.

Schavan said Berlin would hack away at red tape for sectors in particular need of qualified employees and improve opportunities for foreigners already living in Germany.

“We will make it easier to have foreign degrees recognised, a move that will affect around 300,000 people,” she said.

On Wednesday, government ministers will meet with employees and labour unions to hammer out the details of the plan.

But the high-tech industry lobby group Bitkom slammed Schavan’s proposal, saying she had failed to include slacker rules for foreign IT experts. It said in a statement released on Tuesday that 60 percent of the companies it represents cited a lack of qualified personnel was curbing their growth, with 29,000 unfilled high-tech jobs in Germany.

The Cologne Institute for Economic Research recently found a lack of qualified workers cost the German economy €15 billion ($22 billion) in 2009 and said that if the government did not take action it would leave 250,000 jobs for technical specialists unfilled by 2020.

German Economy Minister Philipp Rösler on Tuesday admitted during a visit to Poland that Germany had made a big mistake in failing to open its labour market to Poles and citizens of other EU newcomer states until last month.

“Extending from 2009 to 2011 the transition period limiting the free movement of workers from new member states was, from the current perspective, a major error,” Roesler was quoted as saying in the western city of Poznan by Polish news agency PAP.

“Over the past two years, many qualified workers have had to skirt the German labour market and are now employed in other countries,” he added.

Germany and neighbour Austria were the last labour-market holdouts in the 27-nation European Union, and only threw down the welcome mat on May 1 this year. After the EU’s 2004 big bang expansion brought 10 mostly ex-communist states of eastern Europe into the fold, older members were required to open their labour markets within seven years.

“On May 1, nothing happened. There was no huge wave of workers from Poland heading to Germany. We regret that, because we would have liked more workers,” said Rösler.