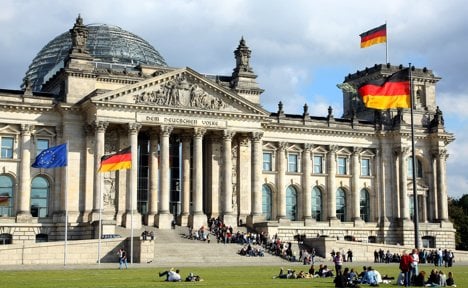 The suspect, who has been named only as Thomas al-J. was arrested on Wednesday in his Vienna flat on suspicion of recruiting for terror training camps in Afghanistan and Pakistan and of financing a terrorist organization – the German Taliban Mujahideen (DTM).

Austrian newspaper Kronen Zeitung reported on Saturday that the 25-year-old Austrian national who converted to Islam, had been plotting to crash a plane into the Reichstag, and had been training on a flight simulator.

Austria’s interior ministry also said on Saturday that a German terrorism suspect had been arrested in Austria on May 31 and had links with the alleged recruiter.

The 26-year-old German, originally from Berlin, is in the process of being extradited to Germany, where he is suspected of being a member of a terrorist organization, ministry spokesman Rudolf Gollia said.

Three other suspects who were arrested at Vienna airport on Wednesday apparently on their way to a terrorist training camp in Pakistan were released from custody that evening. Police said there were no grounds to detain them.

Austria last year passed a law that prescribes up to five years in prison for any person attending a terror camp abroad.