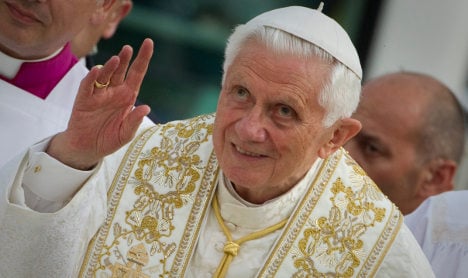 The vicar general of the Erfurt Diocese in Thuringia, Raimund Beck, said on Tuesday that 74,000 people had already signed up for tickets to the papal services in Erfurt and Etzelbach.

The head of the Catholic Church, who hails from Marktl am Inn in Bavaria, is making his first state visit to his home country as pope from September 22 to 25. Since mid-May, followers have been able to register either online or through their local parish.

In Erfurt’s case, the 42,000 requests were already considerably greater than the capacity for the Domplatz where the service will be held, though the city was planning to show the service on large screens.

Beck said that, all up about 120,000 ticket requests had been received for the five public services: Erfurt and Etzelbach in Thuringia, Berlin, and two services in Freiburg, Bavaria.

Given the expected overcrowding and after the lessons learnt from the Duisburg Love Parade tragedy last year, in which 21 people died in a crowd crush, extra security is being planned for the Erfurt service, city official Ingo Mlejnek said.

Separate from the number of tickets requested, Etzelsbach expected up to 50,000 people to make pilgrimages to the small town, said the head of the co-ordinating office for the papal visit, Kurt Herzberg.

Applicants for tickets should out by the end of June whether or not they have been successful, Beck said.

The Erfurt Diocese is calling for volunteers to care for elderly guests during the visit.