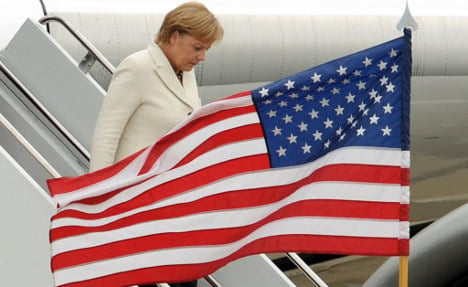 Chancellor Angela Merkel will get the full VIP treatment on June 7 from US President Barack Obama: An official state dinner, the Medal of Freedom award, plus a lunch hosted by Secretary of State Hillary Clinton and Vice President Joe Biden. There is not much more the Chancellor could expect in the way of American-style royal treatment. In making that effort, there is an expectation on the American side that the investment is worth it. Despite ups and downs in relations between Berlin and Washington, Germany remains an important if sometimes difficult partner.

Amidst all this fanfare, we are seeing the German-American relationship depicted as a high priority for the United States. The rationale is clear: Germany is the world’s fourth-largest economy and a major player in the web of global economic relations, be it in the G8, the G20, or the many other international institutions shaping the world’s economic health. Germany is also the economic leader of Europe and the US has a high-stakes investment in the future of that enormous market. With some nervous news making the rounds about double-dips and further Greek bailouts, Germany has a strong hand in determining which way the economic wind will be blowing.

Second, the EU is an important partner for the US in dealing with many challenges around the globe, even if relations are sometimes strained and complex. Germany’s key position in Brussels is critical to the decision-making process when it comes to marshalling the EU’s resources and the capabilities, and Germany has several important relationships with key countries like Russia where the US is also pursuing important interests. And, despite military budget cuts, Germany remains an important member of NATO at a time when the alliance is struggling to define its mission in the 21st century.

Meriting the Medal of Freedom?

Yet some critical questions have been raised about the merits of awarding Merkel the Medal of Freedom – America’s highest civilian honour. Wasn’t it Chancellor Merkel who decided to have Germany abstain from the vote in the UN Security Council on Libya a few weeks ago in direct conflict with its allies? Has the Chancellor been taking sufficient lead in dealing with the euro crisis or has she been too hesitant about it? Why did the Chancellor pull an about-face on the use of nuclear energy following the Fukushima incident without thinking about the consequences not only for Germany but also its European neighbours?

During her seven years in office, Chancellor Merkel has generated a lot of criticism in Germany among both her supporters and her opponents for allegedly being indecisive and not having much of a vision for the future. Her domestic electoral record has been consistently bad, especially following a string of regional elections in which her political party and her coalition government is declining significantly in the polls. In fact – like Obama – she seems to be more popular abroad than at home.

Leading from the second row

But Merkel is a good representative of a Germany that is influential but cautious – more self-confident yet still hesitant about its role in the world. Germany’s difficult legacy greatly affects its actions, and as such there is a constraint built into the struggle over how Germany can and should exercise leadership. This has been exemplified by a reference former Foreign Minister Joschka Fischer made to Germany’s role as “leading, but from the second row.”

Chancellor Merkel’s leadership reflects this conundrum. There is a tendency to exhibit pride of ownership when it comes to Germany’s economic power, but then a parallel reticence to take up responsibility when it comes to dealing with conflicts as in the case of Libya. It is as if Germany is still a reactive power, responding to external pressures rather than being a proactive leader. And there is a deficit of debate in Germany exactly about this challenge, which should be led by the Chancellor.

Debates and arguments over what is needed to meet threats and risks will continue to define a future relationship between Berlin and Washington. More important is whether we can agree on what those risks and threats represent. Especially in an era of limited resources, the US will be looking for partners to deal with both assessments and strategy in a fast-changing world; a 21st-century Germany can continue to be one of these partners.

The relationship between Germany and the United States is no longer defined primarily by the legacies of the past, as can be seen in the two leaders standing next to each other at the White House on June 7. They both represent countries which now look vastly different than they did when Germany was divided and the Cold War defined the world, and there is a similarly different equation of interests and goals in today’s world. The legacies which made it possible to achieve German unification over two decades ago still form the basis of common set of values. The challenge today is to translate the common achievements of the past into tools for dealing with the future together.

This essay has been published with the kind permission of American Institute for Contemporary German Studies and it first appeared in the AICGS Advisor.