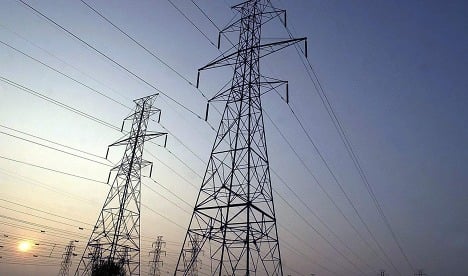 Röttgen and his colleagues agreed on Friday that the reactors, which were temporarily powered down following Japan’s Fukushima disaster, should not ever be switched back on.

While the agreement will carry considerable weight amid Germany’s effort to step back from nuclear power, Chancellor Angela Merkel’s federal government will make the final decision in June.

Röttgen said the ministers had been united in calling for Germany to exit nuclear power as quickly as possible.

“Agreement rules when it comes to this goal,” he said.

Germany has a total of 17 nuclear reactors but eight are off the grid. In addition to the seven oldest closed by the government, the Kruemmel plant, in northern Germany, has been mothballed for years because of technical problems.

Saxony-Anhalt Environment Minister Onko Aeikens said: “The states call on the federal government, in light of the reports from the reactor safety and ethics commissions, to enact legislation so that those nuclear reactors affected by the temporary moratorium can be permanently and legally removed from the grid.”

Germans have long been uneasy about nuclear safety and Merkel called for a rethink of her government’s energy policy after the Japanese earthquake, vowing to close all nuclear plants as soon as possible.

She wants to build new conventional power plants and speed up development of renewable energy sources, such as wind power, instead.

The federal government will make its plans known by mid-June after reviewing reports it commissioned from the reactor safety agency and from a commission on ethics, specially set up for the purpose.

The state ministers, including both Merkel loyalists and opposition supporters, also urged Berlin to propose “an ambitious and realistic plan” for renouncing nuclear power altogether but they did not suggest a date.

Merkel recently suggested that 2022 was “a good time” for Germany to end nuclear power, backing a proposal by the Bavarian wing of her party.

The announcement came as a Federal Environment Agency (UBA) report revealed that a rapid phase-out of nuclear energy would have only a modest impact on Germany’s economy.

Daily Frankfurter Rundschau reported on Friday that an assessment by the agency found that if all nuclear power plants were shut down by 2017, electricity prices would increase by just 0.6 to 0.8 cents per kilowatt hour and there would be “no significant loss” in economic growth.

A shut-down would “have substantial benefits and outweigh the modest increases in electricity prices,” the report said.

The report also said the withdrawal could be achieved without the risk of electricity blackouts because “sufficient surplus reserve capacity” exists.

It added that new power plants would need to be built to support the withdrawal but that Germany could rely on the rapid development of renewable energy sources as well as ultra-efficient natural gas-fired power plants.

The study was prepared as background information following the earthquake and nuclear disaster in Japan, but has not been officially published, the Frankfurter Rundschau reported.