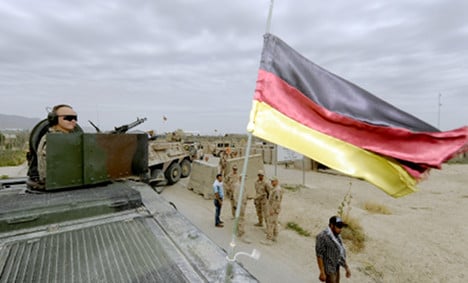 The Bundeswehr informed the German parliament of the soldier’s death near the regional capital Kunduz, according to Der Spiegel magazine. It is thought the bomb was self-made, a so-called improvised explosive device (IED).

The Bundeswehr’s Inspector General confirmed the incident, although the Bundeswehr Operations Command in Potsdam, would only confirm an attack on a German patrol at 8 am German time.

“This attack touches us all, it hits us all in our hearts,” said Defence Minister Thomas de Maizière on Wednesday afternoon. But he said the, “cowardly, anonymous attack” would not change the Bundeswehr’s strategy in Afghanistan.

The German Armed Forces Association said the recent death showed how soldiering could not be compared to any other profession.

Free Democratic Party (FDP) leader Rainer Brüderle called it cowardly and said “our thoughts are with the families and comrades of fallen soldiers.”

Meanwhile, the Left party called for Germany to pull completely out of Afghanistan.

“It is high time to end this war and the army immediately withdraw from Afghanistan,” said party leader Gregor Gysi.

Nearly 50 German soldiers have been killed since the beginning of the Bundeswehr’s Afghanistan mission in 2001, 30 of them in combat. The army is in Afghanistan under the NATO-led International Security Assistance Force operation Isaf.