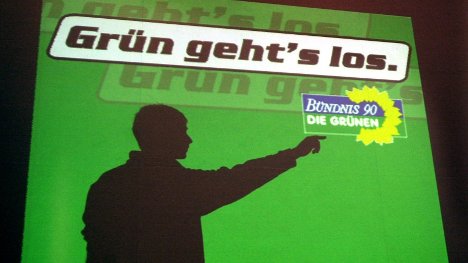 Counting votes in Bremen at the weekend. Photo: DPA

The election on Sunday created only minor changes within the northern city-state, putting the Social Democrat-Green coalition back into power with an increased majority.

But the issues highlighted by the results, which put the Greens ahead of the conservative Christian Democrat Union (CDU) for the first time in a state legislature, and the pro-business Free Democratic Party (FDP) to below three percent, have created political tremors across the country.

Chancellor Angela Merkel’s CDU/FDP coalition at the federal level is so weak it is incapable of taking advantage of a booming economy and dropping unemployment, while the centre-left Social Democrats are too far from the centre to be able to take advantage of this politically, political expert Dr. Nils Diederich told The Local on Monday.

“The economy is booming, unemployment is dropping – the kind of conditions which usually aid a government be re-elected,” said the professor emeritus of Berlin’s Free University.

“The conservatives are relatively stable, but they have a problem with being tied to the FDP.”

The conservatives were badly hurt by the loss of control over the important southern state of Baden-Württemberg in March after nearly six decades in power, but Diederich said this was only likely to be a temporary problem when seen from a broader viewpoint.

And while Merkel has failed to either sufficiently distance herself from the ailing FDP, or offer a convincingly strong support of her centre-right coalition, she seems safe at the helm of her party, he said. Although a poor performance in her home state of Mecklenburg-Western Pomerania on September 4 could reflect badly upon her.

Junior coalition partner the FDP is in danger of disappearing entirely, he suggested, despite its new leader, Economy Minister Philipp Rösler. “It has become unnecessary, it is not needed any more for coalitions, as the Greens are now viable partners for the conservatives as they have to keep that option open in order to prevent themselves becoming prisoners of the SPD.”

Merkel on Monday said the CDU was “not satisfied” with the Bremen result, however, she said there were “fundamental differences” hindering any potential cooperation between her conservatives and the buoyant Greens.

And despite the poor performance of the federal government, the Social Democrats have been so far unable to take advantage to offer a strong challenge.

“The Social Democratic Party has an image projection problem which is more to do with the party than its leaders – it needs to become believable again,” he said.

The time between 2005 and 2009 that the SPD spent in coalition with the conservatives, and the unpopular Agenda 2010 set of welfare reforms implemented by Merkel’s Social Democratic predecessor Gerhard Schröder, left the SPD with a damaged political profile, the professor said.

German politics is thus falling between these two stools at the moment, with crucial questions being posed for the Berlin state election on September 18, said Diederich.

“The Berlin election will show whether the pendulum will swing back against the Greens – will [Social Democrat mayor Klaus] Wowereit be able to stop their rise or will they be able to consolidate their position?

“For the Greens the question of the Stuttgart 21 will be crucial,” he said, referring to the controversial rail project in the Baden-Württemberg state capital which the Greens opposed but over which they may have to preside.

“Although the project is completely insignificant nationally, the subject could wreck the party’s credibility,” he said.

And even the Greens’ success has plunged the party into a pool of self-doubt, he said. Currently internal debates are raging about whether the Greens should join the traditional mass parties and field a chancellor candidate in the 2013 federal election like the SPD and CDU, or simply remain a niche political outfit.

The Mecklenburg-Western Pomerania and Berlin state elections should clear up the field somewhat, with a test for Merkel’s CDU in the former, and a decisive battle between the SPD and the Greens in the latter, said Diederich.

After that, the shape of the political landscape on which the 2013 federal election will be fought should be discernible, he said.