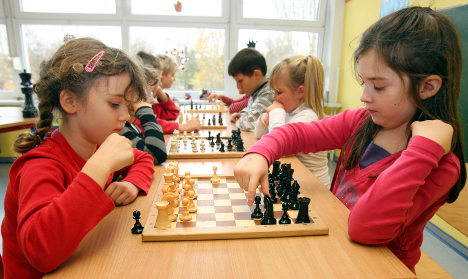 In addition to its strictly organic menu, lemon hand soaks and brush massages come standard for even the youngest guests, some of whom are still infants. For those parents that can afford the average monthly fee of €900, perks also include a sauna, yoga classes and multilingual supervision.

The upscale offerings at Elly & Stoffl might be an extreme example of so-called “elite day care” in Germany, but there are a growing number of private Kitas – or Kindertagesstätten – offering such posh services.

“The problem in Munich is that there’s no room at public day care centres,” said one mother whose two-year-old attends Elly & Stoffl. “The people who need them the most – people like single mothers and the poor – get in first. It’s so full that as a normal earner you have no chance.”

And particularly in wealthy regions in western Germany where public day care spots can still be scarce, educational entrepreneurs have sensed an opportunity.

Peter Wahler and his wife Jelena first decided to open their chain of day care centres upon returning from a few years in the United States. With a daughter already in kindergarten and a baby boy on the way, they were looking for more than the German public school system had to offer.

“In German kindergartens, kids were simply playing in the sandbox and that was it,” Wahler said. “[Our daughter] Sabrina was bored because she was doing so much more back in the US. The subjects were more diverse there.”

With a focus on bilingual German-English immersion, The Wahlers opened the first Little Giants day care in Stuttgart in 2006. Since then, they’ve expanded to Munich, Frankfurt, Düsseldorf, Nuremberg, Hannover and Trossingen.

But in a country that is still extremely conflicted about charging tuition for high education, paying up to €1,200 a month for day care can quickly raise hackles.

Other programmes, such as FasTracKids, have faced criticism for allegedly exposing small children to inappropriate subject matter including economics and science.

Astrid Kurys, the woman who brought the FasTracKids franchise to Berlin has faced so much scepticism she has decided to shut down supplemental weekend courses for children aged two to eight.

“We haven’t given up hope yet, we just can’t go it alone. It’d be great if we could find someone willing to support the program,” Kurys said. “But it’s tough because private programmes don’t have the right kind of reputation in Germany.”

She said there was clearly a bias against offering something seen as being better than public day care.

“That was always our biggest handicap. We’ve been around for five years and it’s always been associated with this elitist image,” she said. “The welfare state mentality is very engrained in Germany,” she said.

But Dr. Bernhard Nagel, department head at the Bavarian State Institute of Early Childhood Research said the quality of every public Kita should be sufficient for most children and that Germany doesn’t need any extra programmes.

“This is something where I have to say, as an expert in early childhood education, let your children be children on the weekend,” he said. “I’m very sceptical about [such programmes], I’ll be honest. When are the children allowed to do what they like?”

Nagel said he understood some parents’ frustrations, but said they should be cautious when considering private day care offering extra or “specialized” services for children.

“Sometimes it’s parents’ perceptions of their child’s needs that are misguided,” he said, explaining it was important small children learned at their own pace. “Mistakes happen when adults set the limits.”