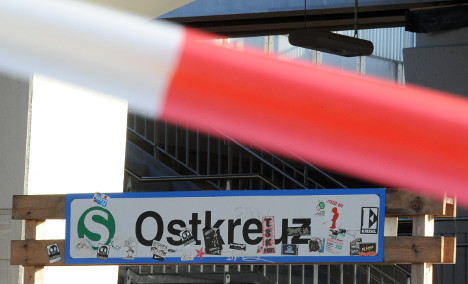 A police spokesman said all possible causes were being investigated following the fire which damaged a power cable at the Ostkreuz rail station, a major commuter connection.

No-one was injured in the fire which was extinguished by 4.30 am, but signal boxes across eastern Berlin and parts of Brandenburg were affected, causing massive disruption to train services.

Around 15,000 Vodaphone customers were also cut off from their services.

“The cables affected at the Ostkreuz station serviced both the S-Bahn and mobile services providers,” Vodaphone spokesman Dirk Ellenbeck told The Local.

“It is not possible for us to investigate at the moment because the site is full of police and fire crews. We hope to obtain more information this afternoon.”

It is not clear at this stage whether the fire was accidental or an act of sabotage.

German rail systems have been targeted for attacks several times in the past, while last November militant anti-nuclear group Kommando Sébastien Briat claimed responsibility for an explosion that caused similar rail delays in the capital.

Monday’s incident has affected not only the Berlin S-Bahn, but also Deutsche Bahn’s regional and long-distance rail services.

A spokesman for Deutsche Bahn said it was impossible to say when regular service would resume.