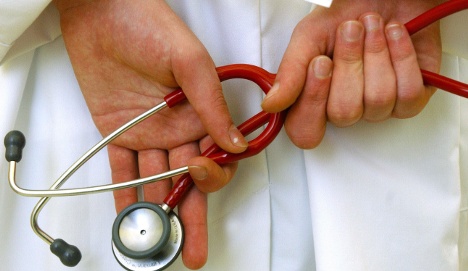 Doris Pfeiffer of the GKV association told public broadcaster Deutschlandradio insurers faced spiralling costs from doctors, hospitals and drugs that must be passed onto consumers.

She said people with statutory health insurance could be slapped with special surcharges, or Zusatzbeiträge, of €50 to €70 a month.

“Such sums are conceivable and even required by government policy,” Pfeiffer said.

The grim outlook comes as controversy swirls around the recently bankrupt City BKK insurance company. Its customers, who tended to be older and less healthy, have struggled to find insurance with other statutory insurers, something Pfeiffer said should not be happening.

She said many insurance companies are struggling with increased costs but are afraid to increase required contributions because that might cause an exodus of members, pushing them towards insolvency like City BKK.

“An increase in additional contributions of this magnitude is not expected in the foreseeable future,” said a spokesman. He added that the government projected health insurance surcharges to remain on average below €10 per month heading into the next year.