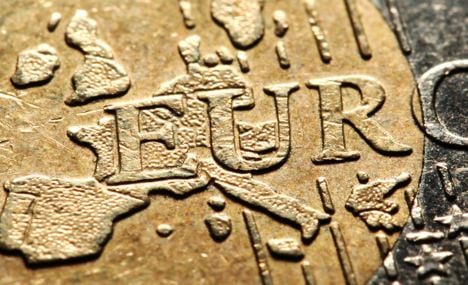 Speaking at the FDP party conference in Rostock, financial expert Frank Schäffler said 14 of the FDP’s 93 parliamentarians were against the EFSM, the European Union’s emergency funding programme for struggling national economies.

Schäffler, who gained notoriety last year when he suggested debt-ridden Greece sell off its islands, said a further 30 or 40 MPs in Angela Merkel’s Christian Democratic Union opposed the EFSM.

If his sums are correct, Merkel’s CDU/FDP coalition faces a major revolt when the German parliament votes on the EFSM in the autumn, since it has a majority of only 21 in the Bundestag.

The leadership of both parties denied the claims that there was so much trouble stirring in their ranks, but some observers have noted that the newly-crowned leader of the FDP, Philipp Rösler, has taken a significantly more critical stance towards the CDU.

Many believe this is an attempt to win back the disgruntled grass-roots of the party, disappointed with the passive course taken by Rösler’s predecessor Guido Westerwelle.

Despite this, the new FDP parliamentary faction leader Rainer Brüderle said Saturday, “At the end, we will have a clear majority. It would be economically and politically irresponsible to refuse the EFSM.”

Merkel said last Tuesday that she also expected a significant majority for the proposal.

The EFSM is supposed to come into force permanently in 2013. It will have a total volume of €700 billion, with German credit guarantees of €190 billion. Germany would have to contribute €22 billion to the EFSM’s capital stock.