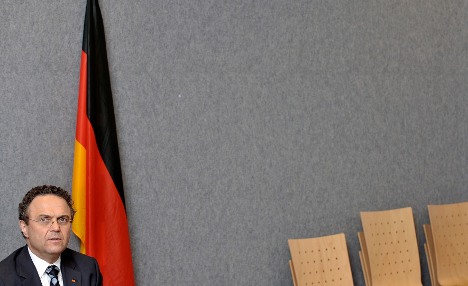 “If we know that it is possible to restore controls… countries which are on the way to accession will find it easier to be accepted in the Schengen space,” he told foreign reporters here.

First signed in 1985 as a giant step towards European integration, the Schengen treaty has opened passport-free travel to 400 million people in 22 EU nations plus Iceland, Norway and Switzerland. It only allows states to reinstate border controls in case of security threats.

Tens of thousands of mainly Tunisians have fled democratic uprisings and crackdowns in north Africa since January, most heading for Europe through Italian shores including the tiny Mediterranean island of Lampedusa.

Romania and Bulgaria, which joined the EU in 2007, hope to join Schengen this year.

But France and Germany have blocked the two countries from joining the treaty until they make “irreversible progress” in the fight against corruption and organised crime.

Thursday, EU interior ministers are to meet in Brussels to debate proposals for restoring temporary border controls within the visa-free zone.

“We can seek clarity on when, how and for what limited duration we can restore border controls” within the Schengen area by widening the field of possibilities, he said.

“We will need to find together a definition of these exceptional cases allowing restoration of border controls,” he added.

The minister however made it clear that he opposes a “Fortress Europe” and does not want to question the concept of a visa-free area.

And he firmly rejected a push by the European Commission, as part of a Schengen treaty reform, to play a role in ensuring that member states meet required conditions for re-establishing border controls in exceptional circumstances.

He said member states can handle it themselves through coordination within the European Council, the body representing EU governments, with an oversight by national parliaments.