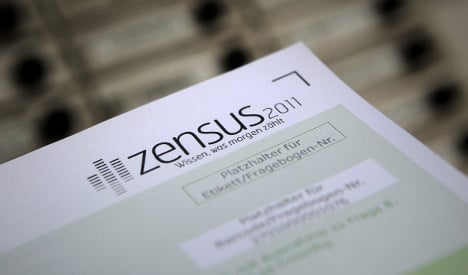 It is not clear whether the fake forms are an elaborate joke or an attempt at satire, but have been reported in Hesse, Lower Saxony and now Berlin.

The forms the same as the official version, and have been arriving since Monday, when the genuine census was sent out, according to daily Berliner Zeitung.

Initially the only distinguishing factor is that the fake census forms are delivered to mailboxes without an envelope. The questions seem genuine at first, but soon begin probing into some more-than-personal areas which don’t feature in the real thing.

One question asks participants, “which drugs do you take?”, giving them the option to tick boxes marked with options including LSD or cannabis.

Another delved into medical history, asking “have you ever undertaken a breast or penis enlargement procedure?”

“These questions were all entirely fictitious, we wouldn’t ask anything like that,” said Klaus Voy, Census Project Manager at the Brandenburg-Berlin Office of Statistics.

“Those opposing the census might have preferred it if we’d asked such questions, as it would have fuelled their argument.”

With the real census coming under fire from privacy advocacy groups for asking questions about immigration background and religion that are beyond EU requirements, some featuring on the joke census concerning “sexual orientation” may not initially appear fake.

The first results of the real census will be released in the autumn of 2012.