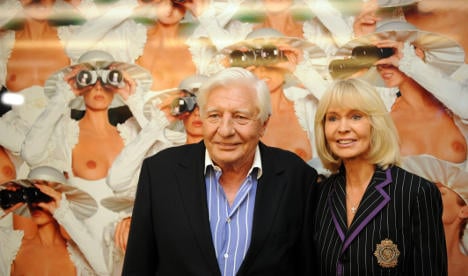 Sachs, who was 78, was celebrated by certain sections of the German media as an eternal playboy who saw himself rather as an artist.

Constantly defined by his industrialist family and his marriage to French star Brigitte Bardot between 1966 and 1969, he had also previously had a relationship with former Iranian queen Soraya Esfandiary.

Sachs did not have to work thanks to his inheritance from his parents – his grandfather was Adam Opel, founder of the auto manufacturer.

He helped make the French Riviera resort Saint Tropez a playground for rich and beautiful celebrities, such as film star Bardot, who was said to be devastated by the news.

But Sachs managed to make a name for himself as a photographer of women and also surreal pictures, as well as documentary filmmaker. He was also fascinated by astrology, founding in 1955 an institute to research the links between astrology and the human character.

His first marriage, to Anne-Marie Faure produced one son before she died after a car accident. His last marriage to a Swedish model Mirja Larsson produced two sons.

Sachs’ relatives released a suicide note to Swiss media in which he explained he took his life because of an illness he dubbed “A.”

“The loss of mental control over my life was an undignified condition, which I decided to counter decisively,” the letter signed by Sachs said. He called it the “no hope illness A,” Swiss news agency SDA reported.

Sachs added that he had always regarded any “threat” he would face “as the only criteria that would lead me to bring my life to an end.”

He outlined symptoms such as forgetfulness that appeared to be consistent with a condition like Alzheimers.