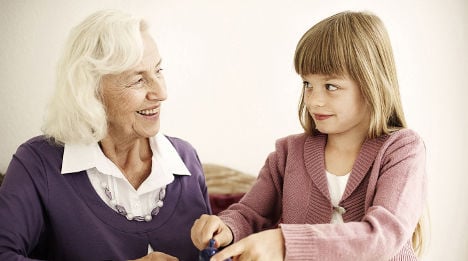 A survey conducted by the Allensbach polling firm for the Bild am Sonntag newspaper showed that although 38 percent of people aged between 18 and 49 said they only visited their parents rarely, the other 62 percent said they were frequently at their mum and dad’s.

The grandparents are still an important support for young families, with 61 percent of parents saying their own parents were regular babysitters for the kids. Only eight percent said they would rather pay for babysitters.

The survey also showed that 82 percent believed that if they were in a difficult situation they could count on support from their family, while 67 percent said this would be the case if the problems were financial.