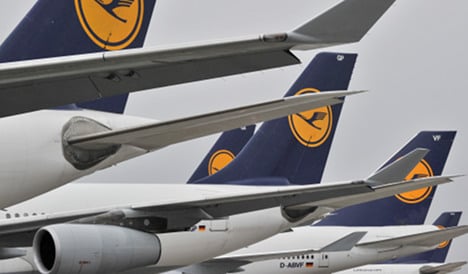 Chief executive Christoph Franz said the situation was improving but the disaster had a serious impact on the company’s first quarter, without giving any specific numbers.

“We have seen a downturn in demand in the first weeks (after the disaster) and we are looking forward to a stabilising demand development, hopefully in the second and third quarter,” Franz told a news conference in Shanghai.

Lufthansa announced on Wednesday it posted a net loss of €507 million ($755 million) in the first quarter after €292 million in charges related to hedging its fuel costs.

Franz said he chose to visit China on his first trip outside Germany since becoming CEO in January because it was “the most dynamic market worldwide” for the aviation industry.

“In parallel to the very dynamic development of the Chinese economy, in the first quarter of 2011 air traffic is showing a substantial further growth in this country,” he said.

The group said it had seen a jump in reservations from German sunseekers in recent weeks, as concerns about the pandemic ease thanks to falling infection numbers and vaccination progress across Europe.

To meet demand, Lufthansa said it would swap the 215-seat Airbus A321 that usually plies the Frankfurt-Mallorca route for its Boeing 747-8 “jumbo jet”.The 747, also known as the “Queen of the Skies”, can carry 364 people and is the largest plane in Lufthansa’s fleet.

The super-large planes normally fly transatlantic routes but have been
mostly grounded since the pandemic upended air travel.

“Lufthansa is taking extraordinary measures in order to respond to a significant increase in booking demand for flights to Palma de Mallorca,” the airline said in a statement.

The jumbo jet will be used for four weekends over July and August, it added, Europe’s key summer travel season.

Mallorca is one of the most popular tourist destinations for Germans and is sometimes affectionately referred to as Germany’s “17th state”.

Before the pandemic, around five million German tourists visited the island
each year.

READ ALSO: ‘Germans are coming back’: Spaniards sceptical over return of tourists