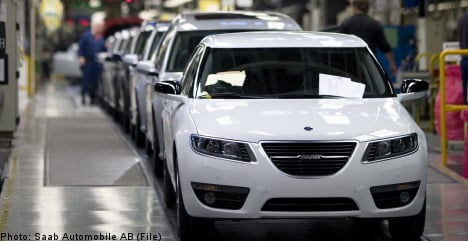 “According to the embassy’s experience (Hawtai’s) official figures may be exaggerated,” Sweden’s ambassador to China Lars Freden wrote in a report to the foreign ministry obtained by the Svenska Dagbladet (SvD) daily.

In a deal unveiled on Tuesday, Hawtai is set to inject €150 million ($223 million) into Saab through a partnership including joint ventures in manufacturing, technology and distribution.

The embassy’s report also said although Hawtai has existed for 10 years, it has produced cars for only about a year.

“According to the embassy’s source, Hawtai’s financial strength comes from mining rather than carmaking,” the report said, according to SvD, adding that “Hawtai has changed chief executive six times over the past eight years.”

“Technology transfer is central to Hawtai’s interest in Saab. For Saab’s long-term competitiveness it is reasonably important that the company keep its integrity,” ambassador Lars Freden wrote in the report.

Tuesday’s deal, which plans for Hawtai to take a 29.9 percent stake in Saab’s Dutch owner Spyker, came as a last minute lifeline for the cash-strapped Swedish brand.

Swedish media reported that a Hawtai delegation visited Saab’s plant in Trollhättan, in western Sweden. Production has not been restarted but Saab was to test-produce 15 to 20 cars Thursday.