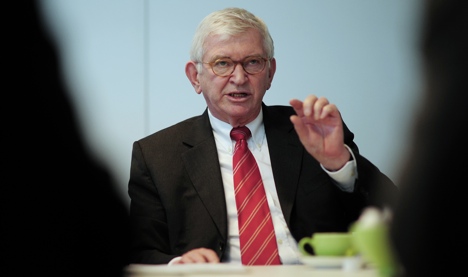 Uhrlau told the Hamburger Abendblatt newspaper that fighting had reached a stalemate in Libya, which is currently in the middle of a bloody conflict between the regime of dictator Muammar Qaddafi and rebel forces based in the east of the country.

“We can’t predict how long Qaddafi will stay in power,” Uhrlau said.

Uhrlau also admitted that the BND was not sure who exactly Qaddafi’s enemies were. “There is no detailed classification of all the rebel combatants,” he said, but said they were united by a common aim – to depose Qaddafi and end the suffering of the civilian population.

“They are angry about the fact that Libya lacks education and housing, but that the regime spent money to get involved in the politics of Sudan or Chad,” he added.

Uhrlau also said the Syrian regime was stable, despite unrest in the country. “At the moment I don’t see a process in Syria that could lead to a radical overthrow like in North Africa,” the intelligence chief said.

He pointed out that the father of current Syrian President Bashar al-Assad murdered up to 30,000 members of the opposition Muslim Brotherhood in the town of Hama decades ago, which “brutally consolidated the regime’s power.”