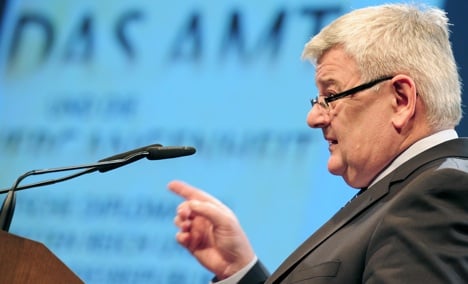 “I feel very honoured that people think I could do it,” Fischer told Sunday’s Bild am Sonntag newspaper. “But that’s the end of it. A return of Joschka Fischer into politics is out of the question.”

When Fischer left office following the defeat of Chancellor Gerhard Schröder’s government in 2005, he promised he would answer the call if Germany was ever doing badly and he felt the country needed him.

“But Germany is a long way from that, thank God,” he said. “Germany is doing great, as is my party.”

But Fischer’s popularity among Germans has survived his five-year absence from public life. A new Emnid poll published by Bild am Sonntag found he was still the most popular Green party figure.

As many as 17 percent of Germans say the 63-year-old would make the best chancellor of all the Green party politicians, putting him ahead of the party’s current parliamentary faction leaders Jürgen Trittin (16 percent) and Renate Künast (14 percent).

A total of 29 percent of Germans said it would be a good thing if Fischer were to become the Green party’s next chancellor-candidate, but his overall rating as a potential chancellor is well behind the leaders of Germany’s two biggest parties.

Given the chance to elect the chancellor directly, 39 percent said they would vote for the incumbent Angela Merkel of the Christian Democratic Union, 22 percent would choose Social Democratic Party leader Sigmar Gabriel, while only 16 percent would want a Chancellor Fischer in power.