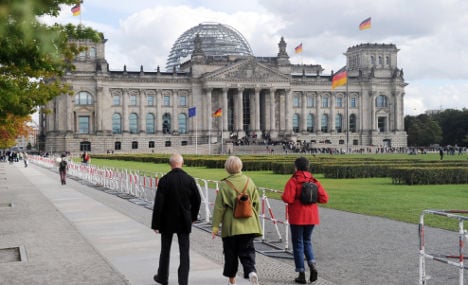 The 58-year-old Latvian woman doused her thighs in a flammable liquid and set it alight on Sunday, a police spokeswoman said.

A security guard noticed the flames and tried to administer first aid, she added.

The woman was treated for second-degree burns to her legs at a nearby hospital.

Her motivation to harm herself apparently stemmed from a conflict in her home country. In addition to carrying several banners illustrating political issues in Latvia, she was also allegedly having problems with her mother.

According to Berlin daily B.Z., a blackened section on the Reichstag lawn where the incident occurred was still visible on Monday.