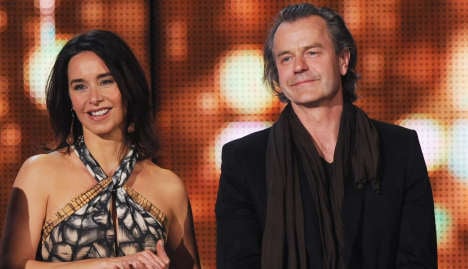 Known under the title “Vincent Wants to Sea” in English, the film by director Ralf Huettner tells the story of Vincent, whose father has placed him in a psychiatric clinic following the death of his mother. With the help of two of his fellow patients, Vincent embarks on a journey to Italy in a stolen car, with his mom’s ashes in tow.

The film won this year’s top German Film Prize. Sophie Rois was recognised as best lead actress for her role in the drama “Drei,” or “Three” by Tom Tykwer, who took home a Lola as best director.

The historical drama “Poll,” or “The Poll Diaries,” was awarded four statues.

Meanwhile, there were no clear favorites for a clean sweep at this year’s ceremony. In 2010, Michael Haneke’s film “The White Ribbon” nabbed a staggering 10 awards.

The tale of a series of mysterious accidents in a northern German town before World War I missed out on the Oscar but collected the Golden Palme in Cannes, the European Film Prize and a Golden Globe.

The German Film Academy also unveiled a new award in memory of legendary producer Bernd Eichinger, who died of a heart attack in January. The prize will be awarded for the first time next year.

Representative of the Federal Government for Culture, Bernd Neumann, described Eichinger as a “spirited, sensitive and exceptional producer with a burning passion for German film.” With his death, Germany “lost a legend,” he added.

Eichinger was awarded an honorary Lola last year for for his work including “Der Untergang“, or “Downfall,” and “Der Baader Meinhof Komplex“, or “The Baader Meinhof Complex.”