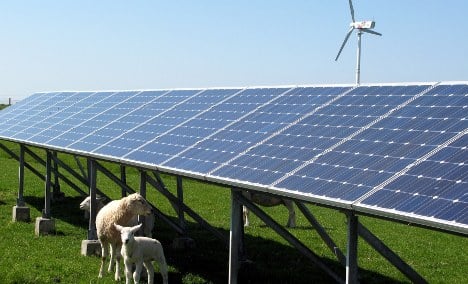 On Monday, the German Association of Energy and Water Industries (BDEW) said electricity shortfalls created by the government’s suspension were being filled by a jump in imports from neighbouring countries France and the Czech Republic.

The organisation said that electricity flowing from the two countries had doubled, while exports to the Netherlands and Switzerland had been halved, making Germany an overall net importer of electricity.

But the UBA rejected these claims on Wednesday, saying Germany had been importing electricity for cost reasons rather than out of necessity.

“Germany could completely provide for itself,” UBA energy and climate expert Harry Lehmann said, explaining that energy providers have been motivated by cheaper prices abroad.

In the wake of Japan’s nuclear crisis following the devastating earthquake and tsunami more than three weeks ago, Chancellor Angela Merkel announced that the reactors would be closed for three months and the government would conduct a review of nuclear policy and safety over the same period.

Since that decision in mid-March there has been less affordable electricity available within Germany.

“That is normal in a liberalized European electricity market,” Lehmann said. “Apparently French electricity is currently cheaper than that from Germany’s reserve power plants.”

Additionally, construction on gas and coal-fired plants is underway, which would decrease imports when they begin operating in 2013 at the latest, he said.

Still, Germany must quickly expand its electricity network so that “today more wind power from northern Germany can be transported to southern Germany.”