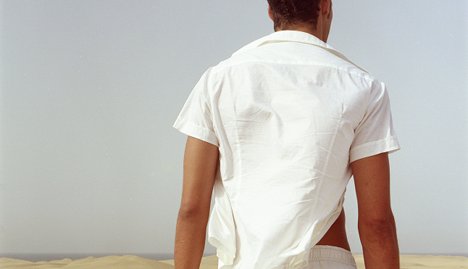 Gran Canaria might for many people in Sweden be associated with family holidays, but the Spanish island, located just off the coast of Africa, has now also become a magnet for gay tourists from around the world.

The island’s attraction to gay travellers is clear: the year-round temperatures of 18-25 degrees, the gorgeous sandy beaches and the wealth of accommodation are combined with a gay nightlife and a local population with a welcoming, live and let live attitude to life.

The centre of gay life on Gran Canaria is Playa des Inglés and neighbouring Maspalomas. Every May, this corner of the island hosts one of Spain’s most popular gay pride festivals, attracting 200,000 locals and tourists for two weeks of celebrations, partying and shows.

“The atmosphere there is just electric. Everyone’s always open for chatting to new people. It’s a really friendly vibe,” says British singer Mark Adams, who first went to Gran Canaria twelve years ago, and has returned for Pride many times since.

“It seems just to get bigger and bigger every year,” says Mark, who will be performing on the Eighties Charity Night – where he’ll be singing a number from TV show Glee. He’ll also be appearing at the Pool Party – effectively a disco in a pool, which is always considered one of the highlights of Pride.

Another highlight of the festival is the spectacular Drag Gala Night, which is broadcast on national TV, attracting audiences from across Spain (see video clips below). This night takes place on 13th May at the Yumbo Centre, the centre of gay life in Playa des Inglés. Spectacular costumes and exuberant performances, reminiscent of an Iberian ‘Priscilla, Queen of the Desert’, bring colour and drama to the festival.

One of the great things about Gay Pride Maspalomas is the variety on offer. On 6th May revellers are entertained by acrobats, jugglers and salsa dancers; the pride festival also coincides with the Gran Canaria Gay Golf tournament. Special events for the ladies include a Lesbian Pool Party, a Lesbian Tapas Evening and a Lesbian Catamaran Trip.

There are also, of course, all the discos and live shows you would expect at a gay pride festival in one of Europe’s premier party destinations, a Pride Parade and Mr Gay 2011 and Ms Lesbian 2011 contests.

Accommodation in Gran Canaria is plentiful, and Maspalomas even has a good selection of hotels and self-catering accommodation targeted at the gay community. These include men only complexes such as the Beach Boy Resort and Tropical la Zona, the former in Maspalomas and the latter at the heart of Playa del Inglés.

Of course, the resort has tons of accommodation not specifically targeted at gay travellers, but which nonetheless offers a warm welcome to same-sex couples and singles. With everything from full-service hotels to villas, bungalows and apartments available, there should be something to suit every taste and budget. You can find more information on gay-focused accommodation here.

SAS and Norwegian fly direct from Stockholm to Las Palmas. Charter Airlines including TUIfly Nordic and Primera Air fly from Stockholm, Gothenburg and regional airports. Other options include Spanair, Iberia and Air Berlin, changing in Barcelona, Madrid or Berlin.