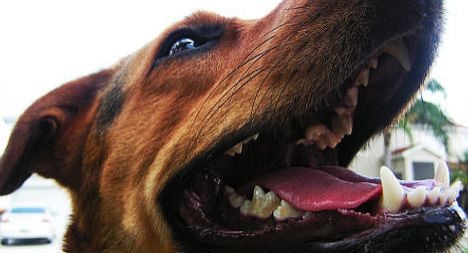 The cantonal parliament has decided to repeal a law dating back to 1903 stating that animals belonging to offending owners can be suppressed by lethal injection, the daily Corriere del Ticino reported.

Now the canton’s authorities are “keeping up with the times” by looking for more modern ways to make sure that payments are carried out.

The newspaper said that last year the village of Reconvilier, near Bern, had threatened to kill dogs unless their owners paid the fees, as part of an effort to reclaim hundreds of thousands of francs.

Animal lovers worldwide had protested against the move, calling for a revision of the century-old law.

The beautiful Swiss capital of Bern. Is it possible to save money while living here? Image by xmax88 from Pixabay

The Swiss ‘capital’ of Bern is home to a number of domestic and international organisations, as well as companies, making it a sought after location for workers.

EXPLAINED: Why is Bern the ‘capital’ of Switzerland?

Bern is Switzerland’s fifth-largest city on the basis of population, which makes it a little quieter than Zurich or Geneva.

While the cost of living in Bern might be a little lower than the larger Swiss metropolises, it is still Switzerland – meaning that it can get expensive.

As part of our ongoing investigations into cost of living in Switzerland, we’re reaching out to our readers to get a better idea of how to save money while living in the Swiss ‘capital’.

Do you currently live in or around Bern – or have you lived there before?

Please fill out the following form to give us an idea of how to save francs in Bern.

Have any further questions or something to add? Get in touch at [email protected].