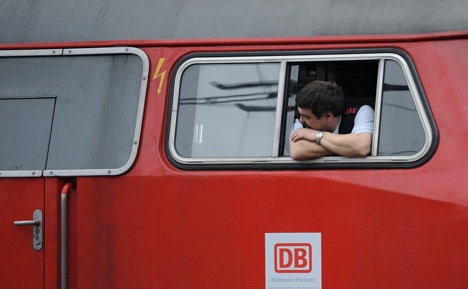 The main train drivers union GDL and Deutsche Bahn agreed to continue talks on April 7 and 8 after Saturday’s negotiations showed some signs of progress.

There will be no further strikes against Germany’s main rail operator in the meantime, but they could hit the six big private rail companies, who together cover 15 to 20 percent of Germany’s passenger service.

“Deutsche Bahn is staying at the negotiating table,” a spokeswoman for the operator said at the end of the meeting.

The GDL is demanding a nationwide wage agreement to cover all Germany’s train drivers, so private companies will be forced to raise wages to match those paid by Deutsche Bahn. The union also wants a five percent wage increase and better redundancy protection guarantees.

GDL boss Claus Weselsky said after the talks, “We have a firm agreement that the nationwide train-drivers contract will be linked to the Deutsche Bahn’s in-house contract.”

But he added that there was still the outstanding issue of working hours. Deutsche Bahn has agreed to make a compromise offer soon.

There are 26,000 train drivers in Germany, 6,000 of whom work for private companies. Strikes in recent weeks have disabled Germany’s rail networks and freight delivery services for several hours at a time.