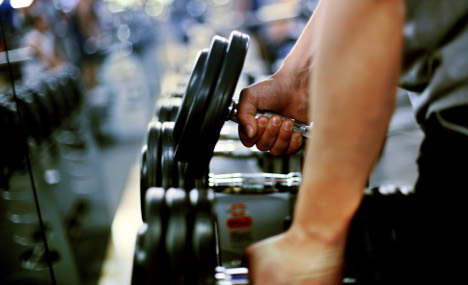 Officers noticed the truck swerving along the A1 motorway near Münster on Wednesday morning, media spokesman Jan Schabacker said in a statement.

“As they looked more closely, police recognized the chrome-coloured dumbbells shining in the sun as the driver did his training,” he said.

The driver even overtook other vehicles while pumping iron, police observed.

But when they caught up with him at the Tecklenburger Land rest stop, the man became “unreasonable,” Schabacker said.

He claimed that there was no law against staying fit while driving.

The man was fined €80 and one traffic violation point on his licence.