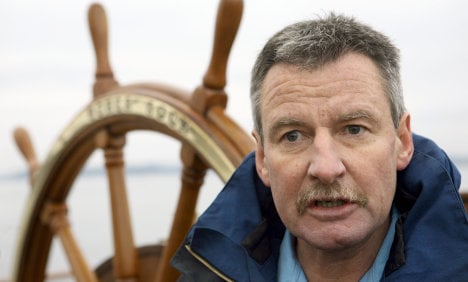 The Financial Times Deutschland obtained a copy of the 98-page report by an investigative committee led by German Navy Adm. Horst-Dieter Kolletschke. The paper said the allegations against Commander Norbert Schatz had proven themselves to be “largely untenable.”

In January, Schatz was relieved of his duties as commander of the training ship by then-German Defence Minister Karl-Theoder zu Guttenberg after officer cadets came forth with claims of gross misconduct on the Gorch Fock leading up to and after the death of a woman cadet in November.

Twenty-five-year-old crew member Sarah S. fell 27 metres to her death during a climbing exercise, sparking an alleged “mutiny” on board the ship.

A report by Hellmut Königshaus, the German parliamentary liaison to the military, highlighted allegations by former cadets who said instructors were involved in heavy drinking and sexual assaults, in addition to subjecting naval trainees to humiliating drills.

Guttenberg was heavily criticised for his decision to suspend Schatz, particularly as the defence minister had cautioned not to draw premature conclusions about the case before examining the claims against the commander.

“Insofar as these allegations could be confirmed in part, they were not nearly as serious as they were originally made out to be,” the report read, according to Financial Times Deutschland.

The committee questioned 221 officer cadets and 192 relatives of the Gorch Fock’s permanent crew. However, the investigation did not concern the fatality on board the ship on November 7.

In particular, the commission’s findings contradicted several cadets’ allegations that instructors had made them climb the ship’s rigging following their colleague’s death.