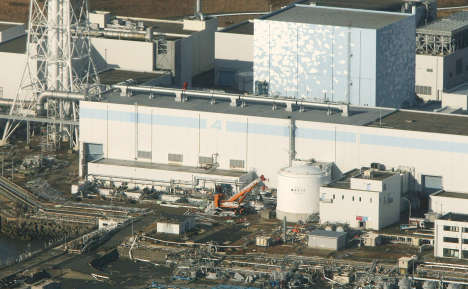 The technicians were working in a building housing reactor 4, which had already been shut off before the quake hit, Bild am Sonntag reported. A massive explosion occurred around reactor 1, increasing the risk of a nuclear meltdown and radiation leaks.

“They left the power plant immediately after the earthquake and fled further inland,” Areva spokesman Mathias Schuch told the paper. “All 10 are healthy and doing fine.”

Schuch said the company is in communication with the men through business partners in Japan and added that employees’ relatives have been contacted. Areva has requested help from the Federal Foreign Office in procuring a plane to fly the men home.

“We are doing everything in our power to work together with the embassy and the Federal Foreign Office to bring all employees home to their families in Germany as soon as possible.”

Foreign Minister Guido Westerwelle has called on all German nationals in regions affected by the catastrophe in Japan to leave. He said about 100 Germans live in those areas, with some 5,000 total located across Japan.

Westerwelle noted there had been no indications that Germans were hurt due to Friday’s earthquake and subsequent tsunami.

The plane’s departure was delayed by nearly one hour in order to obtain dosimeters to measure radiation exposure, following the explosion at Japan’s Fukushima nuclear plant.

The team will mostly aid efforts to locate and rescue survivors buried beneath the rubble of collapsed buildings. THW president Albrecht Broemme said the team would not be sent to work in areas affected by potential radiation leaks.