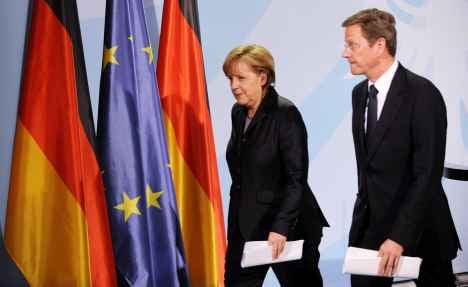 The Japanese government said the explosion, which occurred after an 8.9-magnitude earthquake struck the country, caused cooling mechanisms to fail and could have triggered a partial meltdown. Meanwhile, the full extent of the disaster remained unclear.

Despite the absence of an acute threat to nuclear safety in Germany, Merkel announced an inspection of the country’s reactors in tandem with state governments, and called for a special summit at the EU level. The chancellor said she planned to notify parliamentary group leaders later on Saturday evening.

She added that the focus should be on “safety,” and said it was not an appropriate time to discuss the future of the government’s plans to extend the lifetime of nuclear reactors in the country – a move rejected by members of the political opposition.

Environment Minister Norbert Röttgen rejected the opposition’s criticism, saying a political discussion about the security and lifetimes of nuclear power plants in Germany was uncalled for in light of the crisis in Japan.

On Saturday, tens of thousands of anti-nuclear demonstrators gathered in the state of Baden-Württemberg to form a human chain from Stuttgart to the Neckarwestheim plant. Organisers said some 60,000 people took part in the protest.

Experts are split on the question of whether a similar scenario could occur in Germany. Nuclear lobby group Deutsche Atomforum described a disaster the likes of what happened in Japan on Friday as “inconceivable” in Germany.

Meanwhile, nuclear safety expert Michael Sailer said it was fundamentally possible that a crisis could occur.

“We have basically the same reactors as Japan, and so it is wrong to say that such accidents are impossible in Germany,” Sailer told German news agency DAPD.