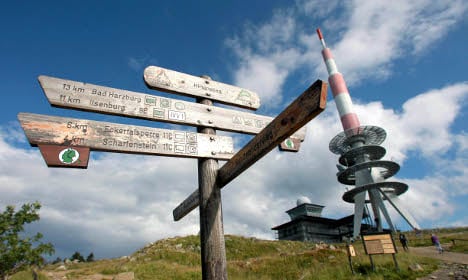 According to public broadcaster ZDF’s Politbarometer survey on Friday, both parties garnered 24 percent of voter approval just days before voters go to the polls on March 20.

This means that they could team up to form a so-called “Red-Red” coalition, named after their shared party colours. However, the SPD has said it will not agree to be the junior coalition partner to The Left party should the hard-line socialists win a larger share of the vote.

The state parliament in Magdeburg is currently ruled by a “grand coalition” of Chancellor Angela Merkel’s conservative Christian Democrats and the Social Democrats.

The CDU earned some 32 percent of voter approval in Friday’s poll, while the pro-business Free Democrats (FDP), the environmentalist Greens and the neo-Nazi NPD took five percent each.

A “Red-Red” coalition shuffle after the election would be another blow to Merkel’s conservatives in a “super election year,” during which seven state elections will occur.

The SPD already crushed the CDU in a February 20 vote in the city-state of Hamburg, winning by a landslide with some 50 percent of the vote.

The opposition party also hopes to unseat the CDU after 58 years in power in the most important upcoming election in the state of Baden-Württemberg on March 27.