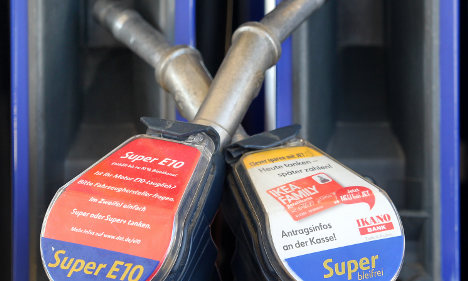 The high-level meeting in Berlin on Tuesday, which was meant to address drivers’ concerns about the new type of gasoline, did not seem to achieve its goal. On the day after the meeting, a chorus of criticism has gone up from consumer groups and politicians slamming the government’s decision to stick with the controversial fuel which contains 10 percent ethnol.

“The policy will remain because it’s the right strategy to replace oil but also from an environmental perspective,” Economy Minister Rainer Brüderle told a news conference.

Motorists have shunned E10 petrol due to worries it might damage their engines, even though 90 percent of vehicles can run on it, according to fuel association MVW. Consumers have largely stuck with traditional, more expensive grades, causing those stocks to run low.

At the Tuesday summit, which brought together automakers, oil company representatives and consumer and motorists’ organisations, it was decided that information about which vehicles can run on the fuel will be available at petrol stations across the country as a way to lessen insecurity among motorists.

But Gerd Billen, president of the Federation of German Consumer Organizations, called the results of the summit “disappointing” and accused the government of “contempt for consumers.”

Newspapers in The Local’s media roundup on Wednesday looked at the government’s approach to the biofuel imbroglio.

The left-leaning Süddeutsche Zeitung called the summit an overhyped event that ended up being a joke.

“Brüderle called the petrol summit amid much ballyhoo, selling it as if it were on a historical level with Helmut Kohl’s German reunification summit with Mikhail Gorbachev in the Caucasus. But the meagre results were diametrically opposed to the big lead-up. Whether consumers will eventually learn to accept the new fuel is uncertain. But it is certain that their trust in government and business has not been strengthened.”

The right-wing Berliner Morgenpost said the anger and confusion over the biofuel, and the government’s failure to really address it, will have political consequences.

“You can say a lot about the Greens, but they would have probably handled the introduction of E10 better. That’s because they still have respect for the wrath of the motorist. The Christian Democrats don’t appear to, and they will likely pay for that disregard on March 27 when voters in car-loving Baden-Württemberg go to the polls in state elections. Forcing E10 into motorists’ tanks, even if it’s good for them, is one good way for the CDU to make this election year an exciting and unpleasant one for themselves.”

The sensationalist mass-circulation Bild called the summit a “farce,” saying no one is ready to take responsibility for the debacle.

“This summit was a pathetic display for everyone concerned: for the government, which got us into the biofuel mess and completely underestimated the situation; for the oil companies, who shrug their shoulders while making a killing; and for carmakers, who haven’t clearly said which vehicles can run on the gas. The victims here are the drivers, the majority of which still reject the biofuel and are paying a high price at the pump because of it.”

The regional Cologne daily Kölner Stadt-Anzeiger wrote that part of the blame for the confusion lay with automakers, who don’t seem to trust the new fuel completely. But the editorial didn’t let politicians off the hook.

“Our federal politicians are indeed partly to blame for this breakdown. Past experience should have told them that introducing a new fuel can be problematic, but they didn’t act accordingly. In the light of what seemed to be a wonderful technical solution (to energy supplies and global warming), the concerns of citizens were just an afterthought. But that is not how one makes environmental policy, that’s how one discredits it.”

The Badische Zeitung from Freiburg pointed the finger at politicians and motorists as well.

“With the introduction of biofuels, the attempt is being made to put off the unavoidable renunciation of traditional combustion engines. And indeed, to do it through ecologically questionable means, if one considers the effect biofuel production can have on world food prices. Now it is time for consumers to step up and show if their only concern is for the well-being of their beloved vehicle, or if they’re ready to change their relationship to the car.”