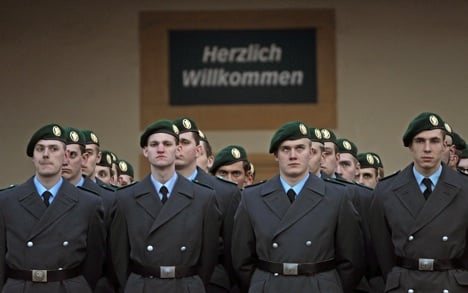 Guttenberg’s large-scale reform aimed to cut the German armed forces by a quarter – from 250,000 troops to a maximum 185,000. Conscription has already been scrapped in favour of a fully professional army.

On taking office this week, the new Defence Minister Thomas de Maizière said he would only make decisions about the future of the army after a “thorough assessment of the situation.” He also sacked the deputy minister in charge of the reform, Walther Otremba, as one of his first acts after taking over the Defence Ministry.

This has encouraged several critics of the reform to emerge, with the chairwoman of the parliamentary defence committee Susanne Kastner saying Guttenberg had “put the cart before the horse” with his plans.

There had also been some criticism from Hellmut Königshaus of the Free Democratic Party (FDP) – junior partners in the government coalition – who labelled the timetable of the reform “very ambitious” and called for a “Plan B” in case it could not be realized within the allotted time.

Kastner also called for planned cuts to the defence budget to be reversed until the reform had been carried out. “If we want to pull this reform off, we’ll need more money first,” she said. Without money, she argued, the military could not be made attractive to potential recruits for a professional army.

Königshaus also wanted more incentives for applicants. “A lot of soldiers complain about uncertain career planning,” he said. “There are already promotion log-jams now. The planned reduction of the army will only make that worse.”

But other prominent political figures, such as Bavarian state premier Horst Seehofer, said that the reform should be continued without interruption.

“Just because the minister has changed doesn’t make the reform wrong,” the conservative politician told the Bild am Sonntag newspaper. “It won’t be delayed or diluted, but executed as planned.”