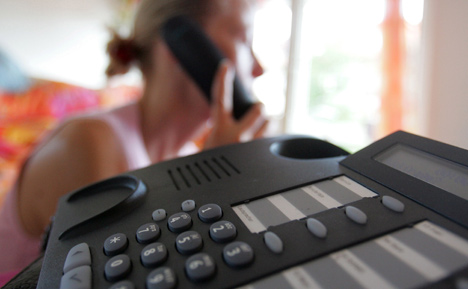 It has long been a source of irritation for German consumers: calling a hotline or help desk and being placed on hold, yet still having to pay steep per-minute fees while listening to Muzak.

This practice will soon be ended if a draft law put forward by the Chancellor Angela Merkel’s cabinet on Wednesday is then passed by parliament.

“We have stipulated that simply being on hold either on a landline or from a mobile phone cannot results in charges,” Consumer Affairs Minister Ilse Aigner of the Christian Social Union told the daily Passauer Neue Presse.

“People receive no services while being on hold, so there should be no resulting costs,” she said.

In Germany, numbers beginning with 0800 are toll free, but callers to 0180 service numbers and 0900 premium numbers must now pay even when on hold. Those charges can add up, especially since fees of €2 or more per minute are not rare.

The law is expected to go into effect in about a year. In the meantime, discussions are underway about improving the situation for customers right away. One possibility under consideration is making the first two minutes on hold free of charge.