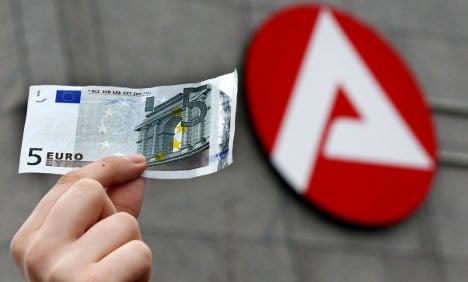 Welfare payments for some 4.7 million jobless and under-employed people will be raised to €364 a month, with the hike paid out retroactively from January 1 – the date by which the government had initially planned to implement the increase.

But the reform stalled for weeks in the Bundesrat, the upper house representing Germany’s 16 states, with the left-wing opposition demanding further changes.

In early 2012, Hartz IV recipients will get another €3 increase, plus adjustments for inflation and wage growth, according to the deal. Meanwhile an educational programme for about 2.5 million needy children will be supplemented with an additional €400 million between 2011 and 2013 to provide more school social workers and warm lunches.

Both state and federal politicians said they were relieved that the struggle to achieve the reforms, which were required by a 2010 Constitutional Court ruling founding the payment system too confusing and ordering reforms by the end of 2010.

“We had many stones in our path,” conservative Labour Minister Ursula von der Leyen said. “Every stone is now in its place, and I am convinced we build something good with the educational package.”

Lead negotiator for the opposition centre-left Social Democrats, Manuela Schwesig, also said she was satisfied with the outcome, citing several of her party’s changes included in the reform. Schwesig said she was particularly proud of a new minimum wage for temporary workers that provides “equal pay for equal work.”

The plan was approved just one day after the federal social court in Kassel ruled that televisions are not included in basic provisions for the apartments of Hartz IV welfare recipients.

Though 95 percent of German households have them, TVs don’t count as something necessary for “orderly housekeeping and an existence according to prevailing living standards,” the court said.

The decision came in response to a lawsuit by a homeless man in Göttingen who began receiving benefits in July 2007. After moving into a small apartment, the county allotted some €500 for the man to start his household, providing an additional allowance of €200 for curtains. But after they refused to pay for a television set, the 40-year-old filed a complaint.

His lawyer argued that a TV was an informational object required for societal participation, a premise covered by standard Hartz IV welfare benefits.

He was successful in both his regional and the Lower Saxony state social courts, but the federal social court struck down those decisions, saying that only a loan for a television was acceptable.

The government has estimated there are around 6.5 million recipients of Hartz IV, including 1.7 million children, the long-term unemployed, the handicapped and those too sick to work.

Hartz IV was named after Peter Hartz, the head of a commission that suggested changes to Germany’s labour market and welfare system in 2002. It specifically refers to long-term unemployment benefits instituted in 2005, and has become synonymous with former Chancellor Gerhard Schröder’s highly unpopular Agenda 2010 reforms.