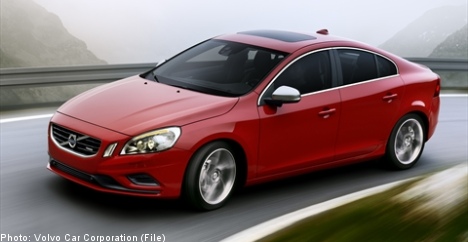 Volvo, which was bought by Chinese group Geely last year, plans to build a new assembly plant in the southwestern city of Chengdu as it expands its China operations, chief executive Stefan Jacoby told the Wall Street Journal.

The company wants to boost annual sales to 800,000 cars globally by 2020 — more than double the 373,000 sold last year — with half of that growth coming from China, the world’s biggest auto market, Jacoby said in an interview.

“We’re in the middle of a big transition — a big transformation. We are redefining the brand,” Jacoby said ahead of a news conference in Beijing later Friday at which Volvo and Geely will officially announce the strategic plan.

Geely, which bought Volvo from Ford in August for $1.5 billion, said in September it planned to increase Volvo sales to 300,000 cars a year in China alone.

Volvo expects cars to start rolling off the assembly line in Chengdu in early 2013, which will have an initial capacity of 125,000 units a year.

Jacoby said the company was also considering exporting cars from China to the rest of Asia, as well as to North and South America.

Volvo hopes markets such as Russia, Brazil and India will drive global sales outside China, the United States and Europe to 100,000 cars a year from the 46,500 it sold last year in those markets.