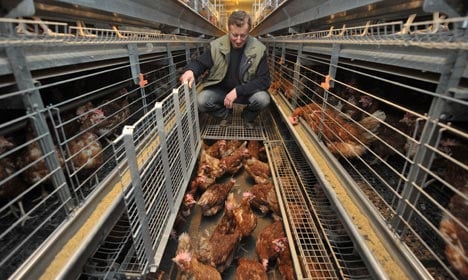 Consumers who believe it is important to keep animals in humane and environmentally sustainable ways “must be ready to pay more” for food, Aigner said in Monday’s edition of the Neue Osnabrücker Zeitung newspaper.

She called for a European animal protection label that would indicate producers had maintained certain standards regarding conditions under which animals are raised. She said the criteria for attaching such a label to food products should be even stricter than the law requires and be easily understood by consumers.

The minister, a member of the conservative Christian Social Union, added that for producers who raise livestock, the welfare of the animal should be a priority and called for a reworking of legal guidelines for some techniques, such as battery cages for chickens.

But she warned about romanticising the business of agriculture. While many consumers expect farms to operate as they did half a century ago, no one has much interest in exchanging their washing machine for an old washboard, she said.