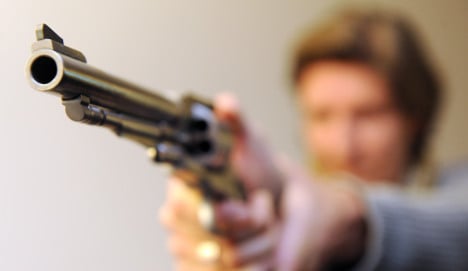 A review of figures held by the state authorities came up with the first ever nationwide total, according to the Focus magazine over the weekend.

The guns are held by just 1.7 million people – meaning each holder of a license has on average nearly four weapons.

The state with the most guns is Bavaria, with 1.4 million, followed by North-Rhine Westphalia with 1.1 million, and Baden-Württemberg with 920,000. Bavaria has the largest number of gun owners too. The city states of Berlin, Bremen and Hamburg have the smallest number of guns and gun owners, according to the magazine.

The federal authorities had until now assumed there were around 10 million privately-registered weapons in the country.

Data is being gathered nationally to comply with new European Union guidelines which oblige member states to have a national register in place by the end of 2014. The German government intends to have its register up and running by the end of 2012.

Germany has periodically tightened gun ownership and licensing laws after shooting tragedies such as that in Erfurt in 2002 when a teenager killed 16 people at his former school and then himself.

Jörg Kretschmer, whose son shot dead 15 people in and around his school in Winnenden two years ago, was last week found guilty of involuntary manslaughter, bodily harm caused by negligence and the negligent abandonment of a weapon. He had not kept one of his many guns or the ammunition for it secure – and his son had taken them to instigate the bloodbath.