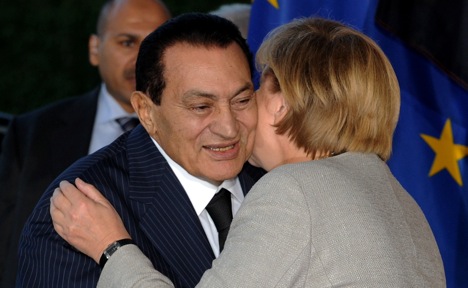 According to the paper, representatives of the US government suggested that 82-year-old Mubarak could come to Germany on the pretext of taking medical leave.

The German Foreign Ministry refused to comment on the story, other than to say, “The question does not arise.”

Mubarak had a gall bladder operation in Heidelberg University hospital early last year, and was also treated for a slipped disc in Munich in 2004.

Members of Chancellor Angela Merkel’s coalition government welcomed the idea, provided it facilitated an orderly transition of power in Egypt.

“I would welcome Mubarak’s trip to Germany, if that would help to stabilize the situation in Egypt,” said Elke Hoff, spokeswoman for the Free Democratic Party (FDP) – the party led by Foreign Minister Guido Westerwelle. She said this would not constitute granting Mubarak political asylum.

Andreas Schockenhoff, deputy leader of the parliamentary faction of Merkel’s Christian Democratic Union, said, “If Germany can do this to help make a constructive contribution within an international framework, then we should take Hosni Mubarak in, if he agrees. We need a peaceful transition in Egypt.”

Speaking during a security conference in Munich, Merkel warned against deposing Mubarak too hastily. She drew a comparison between the current situation in Egypt and the reunification of Germany in 1990.

“We couldn’t wait a single day then either,” she said, but it would be wrong to call “very quick elections to begin a process of democratization.” She argued that important steps needed to be prepared carefully.