“I can’t see any reason to not extradite him,” prosecutor Mikael Ruotsi told the local Östersunds-Posten newspaper.

The 44-year-old man, who is both a Bosnian and Croation citizen, is believed to have been involved in the March 1992 massacre of the Bosnian village Sijekovac, according to the local prosecutors office.

Although police did not reveal the suspect’s name, Swedish news reports said the man in question is Zemir Kovacevic.

He was detained in the western region of Jämtland last December and has remained in custody since his arrest.

The man, for whom an international arrest warrant had been issued via Interpol, is “wanted for war crimes,” Bertil Olofsson, who heads the international section of the Swedish criminal police, told AFP at the time of Kovacevic’s arrest.

Kovacevic has been on an international wanted list since 2009.

Before being handed over to Bosnian authorities, however, Kovacevic faces a complicated legal process in Sweden, including reviews of his case by the government and the Supreme Court.

According to prosecutor Ruotsi, the only way Sweden would refuse the request were if the government doubted that Kovacevic would receive a fair trial.

But Ruotsi didn’t believe that would be a problem. 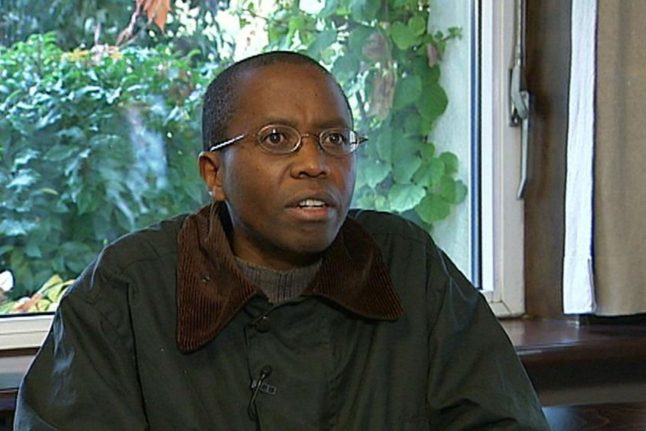 Murwanashyaka during an MDR interview 10 years ago in November 2008. Photo: DPA

The Federal Court of Justice Thursday confirmed the verdict against Musoni. But it found that part of the case against Murwanashyaka was flawed – both in his favour and against.

“The guilty verdict is therefore to be completely annulled, even though the conviction of the accused as a leader of a terrorist organisation was without
legal error per se,” said the court.

Murwanashyaka had been found guilty of abetting five attacks by FDLR rebels
on Congolese settlements in 2008-2009.

But the court said the initial verdict by the higher regional court of Stuttgart did not sufficiently prove that Murwanashyaka's support of at least one of the attacks was premeditated.

The judges ordered the Stuttgart tribunal to take a fresh look at his role in all five attacks.

They also disagreed with the previous decision not to judge the accused for crimes against humanity as well as war crimes.

Musoni was allowed to go free after the ruling because he had already been in pre-trial jail for almost six years and, therefore qualified for conditional release for good behaviour. Murwanashyaka currently remains in jail.

The original verdict in the case, after a trial that lasted more than four years, was at the time hailed as a breakthrough by the United Nations in efforts to bring FDLR commanders living abroad to justice.

The two Rwandans, who have lived in Germany for more than 20 years, were
initially accused of 26 counts of crimes against humanity and 39 counts of war  crimes.

But over time that was whittled down to charges related specifically to the killings, in part because the court decided not to further tax the vulnerability of traumatised rape victims or child soldiers by making them appear before the hearing.

The judge back then said the difficulties encountered by the prosecution in  the biggest such trial in Germany as well as the length of time the case took had been “unacceptable”.