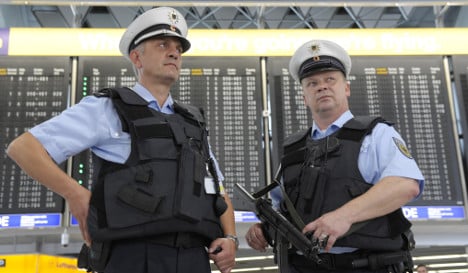 However the minister insisted the security boost, put in place last November, had not been a false alarm and that his announcement did not constitute an ”all-clear.”

“After coordinated efforts by federal and state security authorities, a special threat to security in Germany is no longer apparent,” de Maizière said.

De Maizière said the extra police at airports, train stations, and some tourist sites and public buildings, would be “gradually” reduced starting Tuesday. He announced the measures two-and-a-half months ago in response to what he said at the time were “concrete” indications of an imminent attack.

De Maizière stressed there was still a danger of terrorism, but this was “better pursued right now behind the scenes.”

“I therefore cannot for the foreseeable time say that an all-clear is on the cards,” he said.

De Maizière emphatically defended the police boost on Tuesday. He acknowledged he could “not say with certainty” that they had helped prevent any attack but stressed that they had “certainly had a good effect.”

The barriers surrounding the Reichstag parliament building in Berlin will remain in place for now, he said.

The heightened police presence in public was prompted by “information from one of our foreign partners,” he said. This information had forced Germany to provide for the possibility of an attack. There had also been “separate intelligence” about “efforts by Islamist groups to plan attacks in Germany,” he said.

As well as a strong visible police presence, many extra behind-the-scenes precautions have applied in Germany since November, he said.