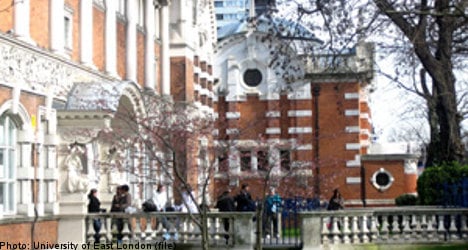 CSN has now halted payments of around 4 million kronor ($620,000), announcing in a statement that around 300,000 kronor is thought to have been paid out in error.

The authority discovered in August that a number of applications for studies at the University of East London appeared suspicious and after contact with the university has been able to conclude that 24 acceptance letters had been forged.

“We managed to detect the majority of fraudulent grants before we paid out any money. We have now ordered repayment in cases where we paid out the money incorrectly,” said Håkan Simon at CSN.

The 29 people who have now been reported to police in connection with the case are resident in Stockholm, Uppsala, Jönköping and Gothenburg.

CSN announced in May 2010 that it had expanded its search for fraudsters, after initial investigations showed that one third of students had been granted money to which they were not entitled.

In the summer the authority discovered a similar case of suspected fraud in Australia, with 60 people reported to police in an investigation which is currently ongoing.

Around 31,000 people studied overseas with the help of Swedish student grants in 2010, with a total of 2.3 billion kronor paid out to this group.