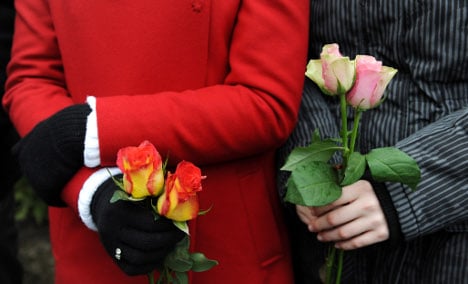 Despite its low unemployment and high average income, Bavaria recorded a suicide rate of 12.9 deaths per 100,000 people in 2009, which was well above the national average of 10.6 per 100,000, daily Süddeutsche Zeitung reported.

Some 1,749 people killed themselves in the state that year and 9,616 took their own lives across the whole country. This was more than double the number that died in road accidents.

But experts are puzzled as to why the figures go against the research on the subject of suicide, which has usually found that higher rates are associated with high unemployment and uncertain life circumstances. Bavaria has the lowest unemployment rate in the country and among the highest average incomes.

The Bavarian Health Ministry has admitted it is helpless to explain why the affluent southern state has not made as much progress on reducing its suicide rate as other states, according to Süddeutsche Zeitung

“The suicide rate in Bavaria has been above the national average in all age groups for many years,” it said in a statement in response to parliamentary questions from the opposition centre-left Social Democratic Party. “The reasons for it are not known.”

Furthermore, Bavaria’s ranking against other German states has risen noticeably over the past 15 years. Until the mid-1990s, it had among the lowest suicide rates in the country.

Since then, it has risen above those of the eastern states, in which higher rates of suicide have been observed since record-keeping began in the 19th century, exacerbated by the communist GDR era.

In fact, over the past three decades, the number of people across the country who take their own lives has fallen by nearly 40 percent – and has dropped considerably in Bavaria along with every other state, though it still has the highest ranking for suicides.

Independent experts are also stumped when it comes to explaining Bavaria’s high rate.

“I can’t give a reasonable explanation,” said Armin Schmidtke, a Würzburg psychiatrist and the chairman of the national programme for suicide prevention.

Nor does the standard of care appear to be a factor. Schmidtke said Bavaria had done a lot of work in suicide prevention, such as educating teachers, youth workers and aged care workers, among others, to watch out for signs of self-harm inclinations.